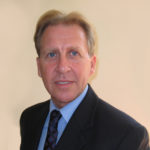 Russell is a communications specialist with extensive experience from 21 years in various media roles. He has worked as a journalist, in media production and management, as a trainer and as Senior Media Advisor for East Timor’s national radio and television station.

Russell has established his own organisation, led teams, and advised institutions. He has worked for international organisations including the United Nations, UNICEF, UNDP, AusAID and for national and international NGOs and local government.

Working with the international NGO Foundation Hirondelle, Russell managed a radio production unit and trained a group of seven Timorese to produce a daily one hour program on refugees. The program was broadcast on the United Nations Radio and on Radio Republic Indonesia.

Russell has significant experience in the community broadcasting sector and has worked in ethnic community media for 9 years as CEO of the National Ethnic and Multicultural Broadcasters Council (NEMBC). Community radio work includes: the driving force behind the establishment of 2 NIM-FM; training disadvantaged youth in radio and television in North East NSW and worked closely with 2NCR and Linc TV in Lismore. He was a journalist on 8 Top-FM in 1998.

Russell’s life is dedicated to strong principles and values around issues on the environment, human rights and social justice. He has always been driven by a sense of fairness and justice. 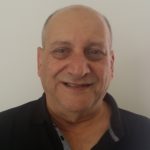 Fiv is one of the AFL’s most senior Multicultural Ambassadors attached to the Carlton Football Club.

Fiv came to the NEMBC from 3ZZZ after being their marketing and sponsorship manager. Having the benefit of previous experience in Multicultural media, arts and exhibitions,  Fiv is no stranger to the NEMBC community and brings to the fore his unique experience and abilities.

Tertiary educated in IT and Business Administration, Fiv Antoniou, comes  from an entrepreneurial entertainment background and was the one time  owner of the Comedy Café and Comedy Lounge Studio where the Doug Anthony All-Stars, Tiboldi Brothers (Wogs out  of Work / Acropolis Now) and  many more mainstream comedians were discovered and produced by Fiv to become celebrities in their own right.