National Conference for 2015 was held in Melbourne from 27-29 November.

This year we celebrated 30 years of the NEMBC and want to hear the stories that have created, connected and provided the many reasons why we can celebrate ethnic and multicultural community broadcasting in Australia.

The NEMBC offers discounted registration fees for concession holders. Payment can be made to the NEMBC by cheque, money order or direct electronic payment (EFT). 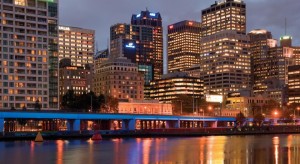 This 4.5 star apartment hotel is located just off Collins Street in the city’s central business district and financial precinct, temptingly close to the famed shopping arcades and an easy stroll to the Southbank promenade along the Yarra River.

Cosmopolitan Melbourne offers something for everyone, from chic boutiques to cool bars and laneway cafés, botanic gardens, sports stadiums, galleries, theatres and elegant Victorian-era streetscapes. At Oaks on Market, in the heart of Melbourne, it’s all there for you to enjoy.

View and download the 2015 NEMBC Conference Program as a PDF.

Wurundjeri Traditional Owners will conduct a ceremony to welcome conference delegates into the land on which Melbourne stands – the land of the Wurundjeri people of the Kulin nations. 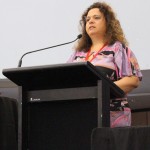 MP Michelle Rowland will again be opening the NEMBC National Conference. Ms Rowland is the Member for Greenway, the Shadow Minister for Citizenship and Multiculturalism and the Shadow Assistant Minister for Communications.

Michelle Rowland was an insightful speaker and panellist at last year’s NEMBC National Conference in Darwin and we are honoured and delighted to have her join us again. 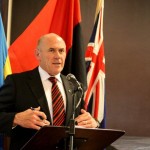 Mr Stefan Romaniw OAM holds the position of Executive Director of Community Languages Australia. He has served terms as Chairperson of the Victorian Multicultural Commission (VMC) under both governments and is currently Chairman of the Australia Day Committee (Victoria). He has a teaching qualification and worked in a range of school settings prior to moving into senior government positions and senior management.

Under his leadership, the VMC introduced a whole of government approach to Multicultural Affairs, initiated youth conferences, leadership training and succession planning in communities. In 2001 he was awarded the Order of Australia Medal for his contribution to education and CALD communities.

Mr Romaniw serves as Chairman of a number of non-profit, education, arts and community committees and organisations within the broader Australian and Ukrainian communities including:

He is also General Secretary of the Ukrainian World Congress (UWC) which represents over 20,000,000 Ukrainians outside of Ukraine.

This session will be about the role of media in relation to citizenship and belonging. Amidst a globalised world and a more diverse and multicultural society, there is a growing hunger for contemporary Australians to express a sense of national identity. A dichotomy is becoming apparent in Australian society as evidenced by recent racist rallies and anti-racism counter rallies. What role is the media or ethnic community broadcasting playing in representing diversity, providing a space for active citizenship, and building a sense of belonging? Australian media often contributes to misrepresentation and exacerbates racism, how can communities and media- makers respond?

11.50 Conference Photo: Racism It Stops With Me campaign

Deakin and Institute of Citizenship and Globalisation

Building resilient communities these days means asking for a whole of government approach to strengthen social cohesion and multiculturalism and tackle radicalisation. How can the media and ethnic community broadcasting support community leaders, community groups, educators, the police, young people, social workers and other relevant groups and individuals to help bring about longs term effective measures to maintain resilient communities?

Radio stations in country areas experience different issues from their metropolitan counterparts. We encourage stations from regional areas around Australia to join this discussion and explore the richness and challenges they face for ethnic community broadcasters and for new and emerging communities. This discussion will help the NEMBC develop policies to strengthen its support for regional areas.

This Advanced Social Media session will show you how to use social media effectively to build your audience and extend your program. Find out how to harness the power of the web by using the NEMBC’s Culture Cloud to connect with others in the same language and share resources, audio, images and links to strengthen relationships with fellow broadcasters.

CBF representatives will be available throughout the day to help you with grant information and answer your questions.

3.30 pm to 5.00 pm Special session on CBF Reforms: presentation from CBF and the NEMBC

This will be a panel discussion with an open mic section for all conference delegates to raise their questions and concerns.

5.00 pm to 5.30 pm Plenary Conclusion and Presentation of Sessions

The Gala Dinner will be at the Oaks on Market. It will be a buffet dinner and entertainment will be provided to keep everyone on their toes. 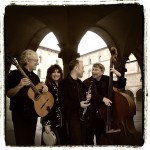 We will have music from joyous Melbourne band Klezmania. Klezmer (often erroneously called “Jewish Jazz”) music is easily identifiable by its characteristic expressive techniques mimicking the voice of the cantor, complete with laughing and weeping. This four-piece ensemble plays with energy and passion everything from heart rendering ballads, exuberant wedding dances, whirling frenetic traditional dance tunes to foot-tapping jazzy songs. The repertoire moves from the diverse cultures of the “old World” of Romania, the Balkans, Turkey and Ukraine, to the USA and Australia with their original music. Enjoy rhythms that blend flavours of East and West combined with emotion charged vocals in both Yiddish and English, that’s infectious and joyous.

We also have the Sanggar Lestari Indonesian Dance Group performing a traditional Indonesian dance originating from North Sumatra, the Tari Tor-Tor. It is a welcoming dance that is usually performed at special cultural events and weddings. The dance represents the lively energy and happiness of the young women of the village, as they celebrate the success of the community – particularly following the end of the harvest season.

Click here for all the papers and information you need for the 2015 NEMBC AGM.

The NEMBC is celebrating 30 years this year but ethnic community broadcasting has an even longer history in Australia.

There was clearly a demand for ethnic voices to be heard with the mass migration that occurred following World War II. Some of those early communities created ethnic programs on 3ZZ ‘community access’ radio in 1974. Other stations such as the University of Adelaide 5UV started broadcasting in 1975 and started broadcasting with five different ethnic groups. In 1976, Melbourne’s 3CR and 2XX then known as ‘Campus Community Radio’ also began to broadcast ethnic language programs.

These stations, programs and communities began to connect with each other. 4EB in Brisbane and 5EBI came together and developed the NEMBC. This was following the first national conference of community broadcasters in 1983.

It was agreed the time had come for ethnic broadcasters to unite under one national organisation. Thus the NEMBC came into being in 1985. Some of the first affiliates to the NEMBC were Perth aspirant station 6MTC, 2XX Canberra, 2NUR Newcastle, 8TOP FM in Darwin and 7THE in Hobart.

The establishment of the NEMBC heralded a new era for ethnic and general community broadcasting in Australia.

It was a declaration of independence and an affirmation of ethnic broadcasters’ rights, demonstrating their ability to manage their own affairs and to be recognised as equals and partners in the wider community broadcasting sector. It was also a confirmation that the irreversible forces of the immense demographic changes and social, cultural and ethnic diversity were impacting community broadcasting.

Ethnic community broadcasting has undoubtedly become one of the greatest success stories for multiculturalism in Australia. The basic principles of community radio’s acceptance of diversity, allowing access and participation have created a unique global model of success and reason to celebrate. Across Australia there are 110 languages broadcast on over 100 stations and 2,000 hours of different language programs every week.

Following the keynote speaker will be an expert panel that will give small presentations to raise some of the more pertinent issues facing our sector. This will be a moderated discussion with questions from the floor.

From Create, to Connect and Celebrate we will go to a ‘Crossroads’ panel discussion. The Main Plenary Panel will look at the present situation and some ‘crossroad’ issues facing ethnic community broadcasting. Multicultural policies were a major part of establishing ethnic community broadcasting however multiculturalism is being wedged by a number of factors. There is a growing level of intolerance in Australian society. The first-ever public rallies supporting racist views and Islamophobia were held in April 2015, and it was good to see a large opposition to those rallies.

New media platforms are a not really new anymore, the Internet and Facebook have been with us for some time but the effects are being felt, such as a decline in newspaper sales and the internet is now getting larger advertising priority than television. Ethnic community broadcasting seems mostly unscathed because listenership has remained high. Even though for some time now many people get information from their home-country via satellite, they still listen to their local language programs.

More direct threats to ethnic community broadcasting have included funding and policy issues, first with the potential cuts from the federal budget in 2014 and more recently from within our sector.

The recommended venue is Oaks on Market. Please mention the NEMBC Conference when you book to get the following rate: studio room $160 (breakfast not included).

For those wishing to find accommodation at a lower rate, you could try any of the other hotels in Melbourne’s CBD but you will find the Oaks Hotel to be very well priced. However backpackers’ hostels in Melbourne will most likely offer cheaper rates.

How to book at the Oaks Online

Oaks Hotel & Resorts in conjunction with the NEMBC is offering conference participants a special discount on accommodation. To book visit oakshotelsresorts.com and enter nembc in the Corporate/Group/PromoCode section of the Reservations panel.

The NEMBC provides official station delegates with travel subsidies to help with their costs of travel to and from the conference.

The amount of the subsidy will be 50% of the cost of a return economy/budget airfare.

Subsidies are available for a maximum of three people per station, provided that at least one is female, one is under the age of 30 or one is from a New & Emerging Community.

Subsidies are only available to official station delegates who have been authorised by the governing body of the station or umbrella group. Subsidies will only be paid after the conference on presentation of receipts to the NEMBC Secretariat.